THE COCCOLOBA CHAPTER OF THE FLORIDA NATIVE PLANT SOCIETY 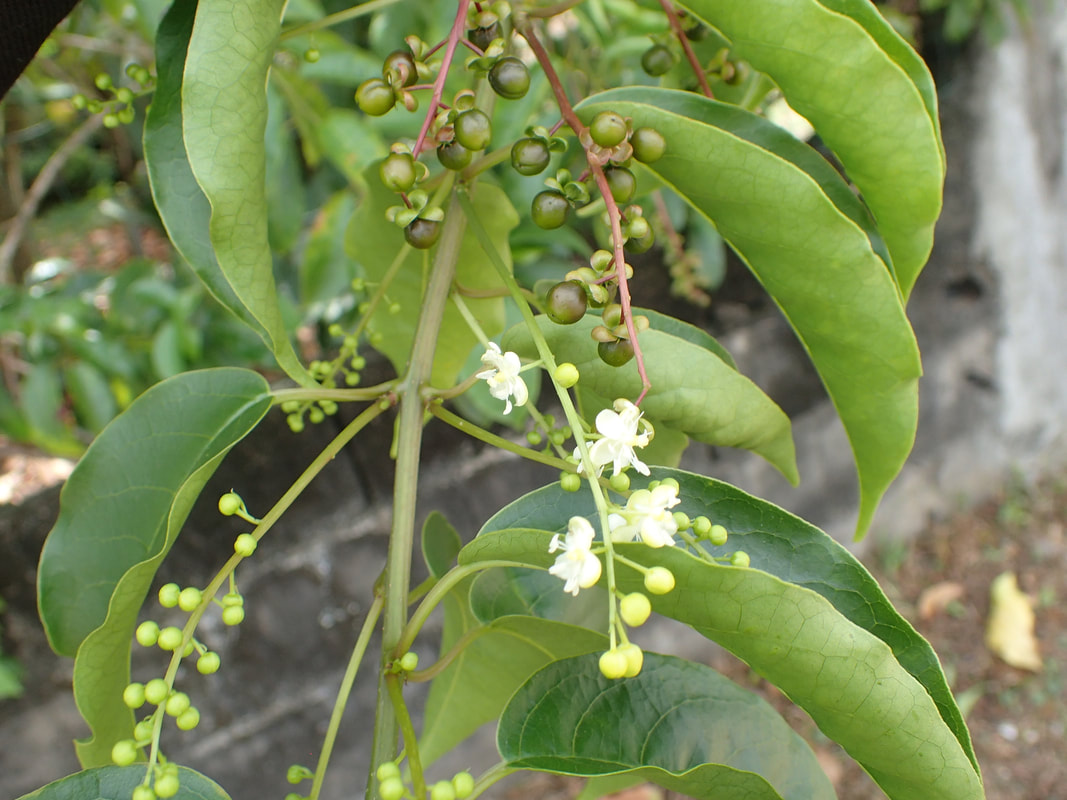 Hoop Vine is something that even an amazing local botanist has never had the chance to lay eyes on. Let's talk about it!Trichostigma octandrum, dubbed hoop vine, is a species native to Florida, although a bit hard to find. The elusive vine occurs here, which is something to get excited about! The specimen itself can reach about 10 meters long with its long, spiny nature and resembles something of the common rougeberry (Rivina humilis). It has small, white flowers that appear in a conical formation that eventually form small red berries (where the resemblance to rougeberry comes in).

There has been some past debate on whether this is a native species or not given that it grows so vigorously. It has the capacity to take over any small shrub, hence the skepticism on whether or not it is a true Florida native.

This beauty happens to have some great indigenous uses as well. For many, many years it has been used in basket weaving, giving it its other common name of basket vine. Colombians used the leaves to heal wounds and those of Mayan descent value it as medicinal as well.

So, if you ever have the chance of interacting with hoop vine, hold it in high regard! Although the exact origins may be unknown, it is clear that this species is special and holds meaning to many.