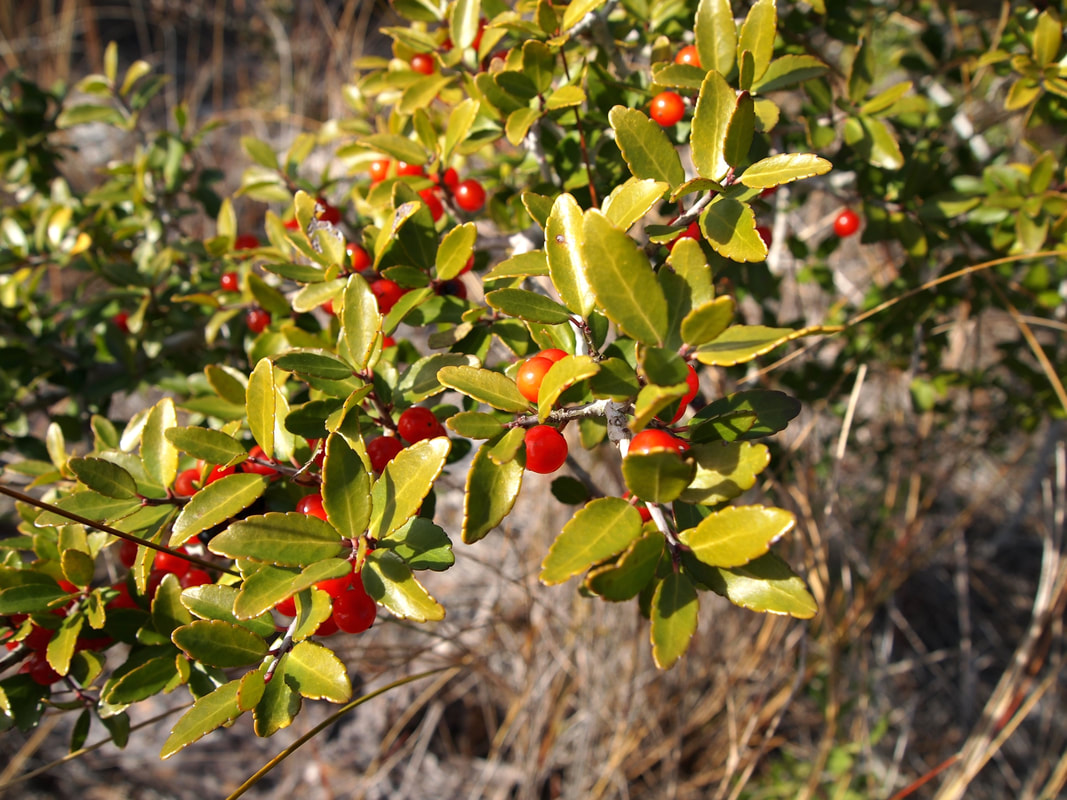 As we come upon the holiday season, Yaupon Holly is the perfect species to highlight, as it is one of the few native species that we can utilize to garner that holiday feel.

This large evergreen shrub is native not only to Florida, but to most coastal regions of the Southeastern United States. It is characterized by small dark green leaves, a pale trunk, and miniature white flowers that form the stunning red berries pictured above. The berries can be found during the fall.

I. vomitoria is found in the swamp or salt marsh naturally and prefers to be at or below 500 feet above sea level. Because it is widely cultivated, the plant can now be seen at higher elevations and further away from the coastline. One of the main reasons for its wide cultivation is because yaupon holly is a tough species. It can withstand drought and poor soil drainage, as well a variety of light levels. This has made for the species to become a common hedge plant in landscaping. Beware! Although commonly used a hedge shrub, this species can grow to be 35 feet tall. There are multiple varieties of this holly as well, such as weeping and columnar.

Interestingly enough, yaupon holly is the only species in the United States known to contain caffeine. Ilex vomitoria is very close in relation to Ilex paraguariensis, or Yerba mate, which is a common caffeinated tea in South America. Yaupon holly can be used as a tea to extract the caffeine within it. DO NOT USE THE BERRIES, as they are poisonous. Leaves and stems can be used in your drink. SO, if you're looking for a new drink to get you through the holiday season, this might be the one. ​